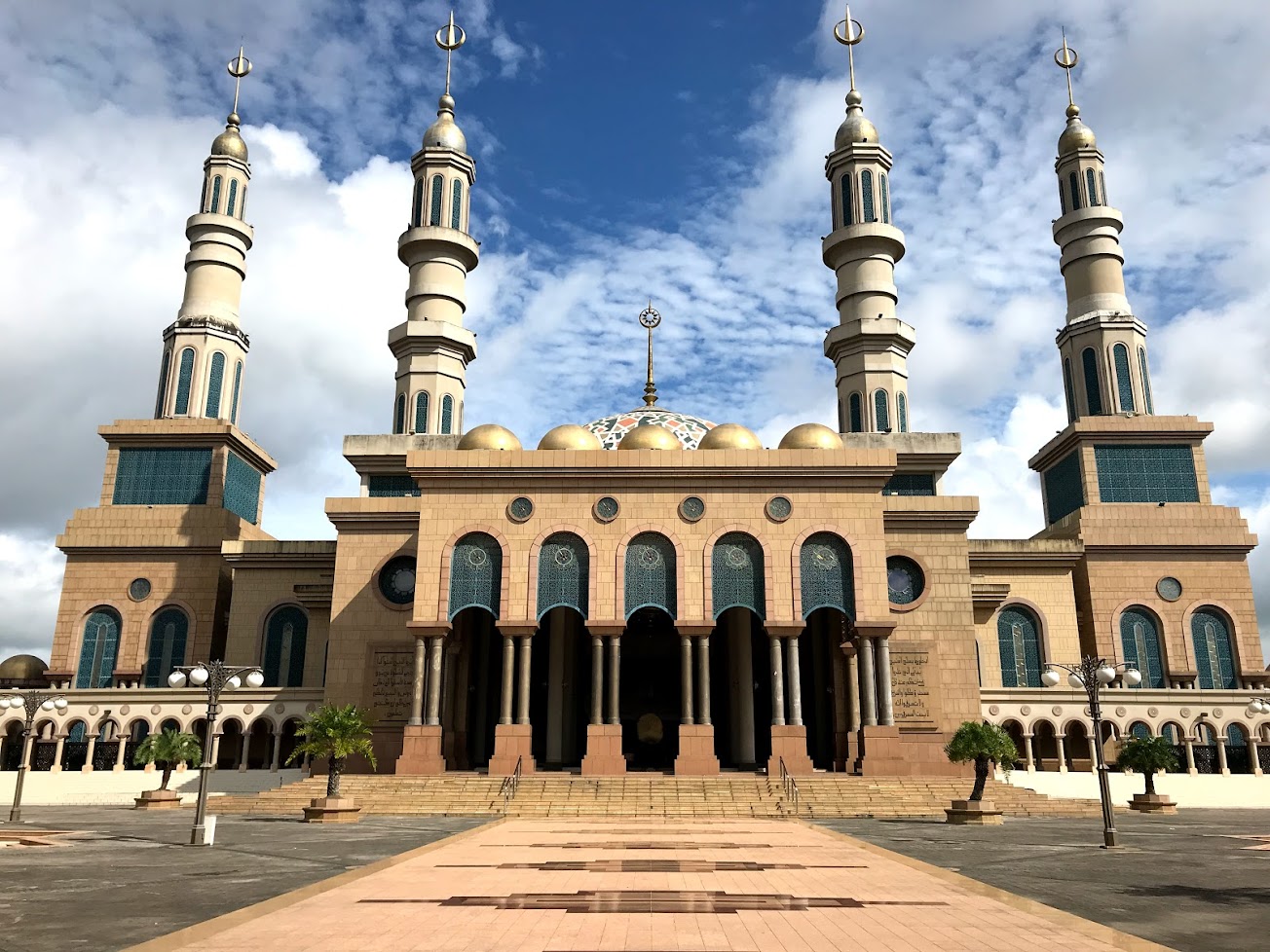 In 2000, the governor of East Kalimantan, Suwarna Abdul Fatah, felt inspired during a visit to the gigantic Prophet’s Mosque in Medina, Saudi Arabia.Construction commenced on July 5, 2001, with the dedication made by President Abdurrahman Wahid and The mosque was finally opened on June 16, 2008, by Megawati’s successor, Susilo Bambang Yudhoyono.

It had cost about Rp 650 billion. In August 2014, it was renamed Baitul Muttaqin, which means House of the Righteous.